Home / Gambling News / Sterling vs. Aldo May be the Next Title Fight at 135 Pounds 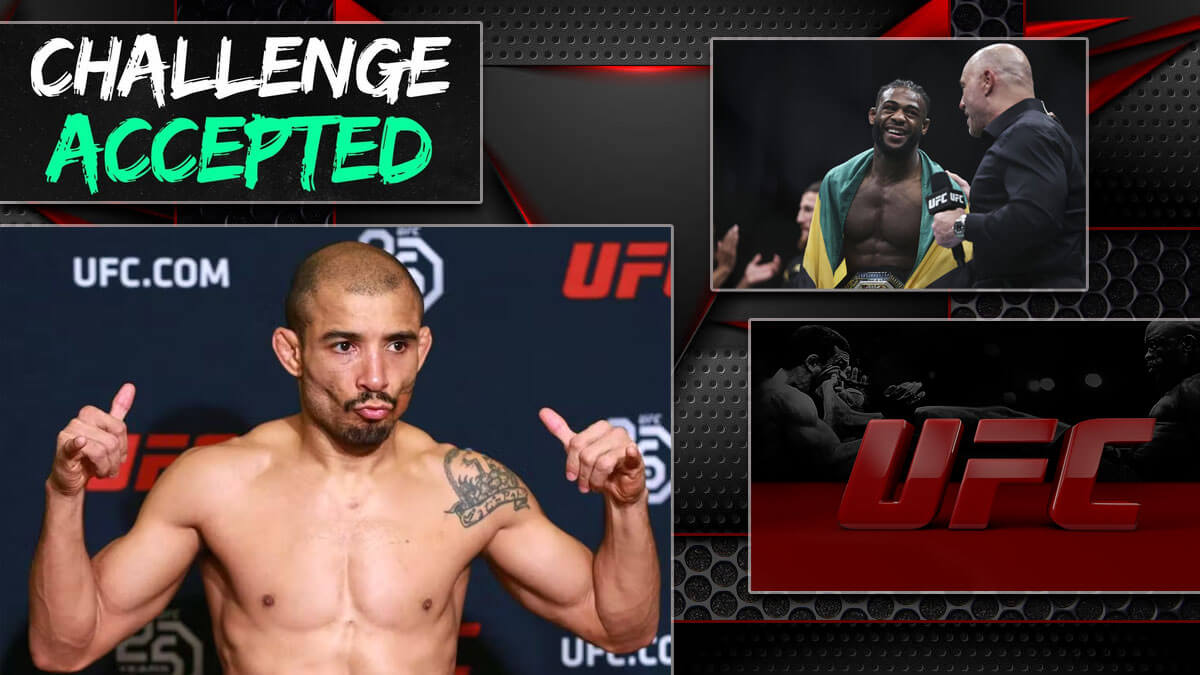 It’s been less than a week since Aljamain Sterling pulled off one of the biggest MMA upsets of the year. The new champion is already looking at possible opponents to defend his belt against next. New reports indicate Sterling vs. Aldo could be the next fight that takes place in the bantamweight division.

This would be a huge fight for the 135-pound division. Aldo represents a very dangerous and difficult challenge for Aljamain Sterling. Some wonder where Petr Yan fits into this scenario, as well.

Here’s what we know about this situation.

Aljamain Sterling had a lot of pressure leading into his first title defense last Saturday night. Most fans and analysts were completely writing off his chances of earning a victory. Sterling felt otherwise and told the media he was entering this bout in the best shape of his life.

These two men competed in a back-and-forth battle over five rounds. Sterling clearly controlled rounds two and three. Yan easily won rounds four and five. In the end, two judges claimed Sterling won round one, giving him the victory via split decision.

Aljamain did not take any real damage in the loss to Yan and seems ready to compete again in the near future. Several exciting opponents are on the table for him. That includes Jose Aldo, the former WEC and UFC featherweight champion and respected veteran of the sport.

Jose seems ready for this challenge. He is coming off an incredible win over Rob Font and appears to be primed for what could be his final title fight. Aldo took to Twitter to challenge Sterling for an upcoming fight this year.

@funkmasterMMA u said I would be next on merit and I’m here accepting your challenge, @danawhite send me the contract soon before he changes his mind!!

“@funkmasterMMA u said I would be next on merit and I’m here accepting your challenge, @danawhite send me the contract soon before he changes his mind!!”

Sterling vs. Aldo is a fascinating fight for several reasons. Of course, Petr Yan will not be happy to hear he is being passed up for a possible trilogy fight with Aljamain. What could come next for Yan?

Next Possible Opponents for Petr Yan

Petr Yan finds himself in an unusual position. He was well on his way to earning the victory over Aljamain Sterling in their first fight before hitting him with an illegal knee and being disqualified. He then lost the second fight via a razor-thin decision.

Fans are now left wondering who could come next for Petr Yan. He remains one of the best and scariest fighters in the bantamweight division. Plenty of other exciting contenders are competing at 135 pounds that could present challenges to the Russian striker.

A fight against Merab Dvalishvili could make sense. These two men engaged in a war of words leading up to Petr’s bout against Aljamain Sterling. Merab is a tremendous wrestler and has the cardio to push Petr Yan over three rounds. Yan would likely enter as the favorite in this fight by all online MMA betting sites.

A bout against Dominick Cruz would be exciting, as well. Cruz is a former champion coming off a career-best performance over Pedro Munhoz. The clash of styles between these men would be very interesting for fans to see.

Petr Yan remains one of the very best fighters in the bantamweight division. It would not be a surprise to see him back in a title fight after just one victory. Stay tuned for more information on his next opponent over the next few weeks!

Combat sports have grown considerably more popular over the last few years. Both boxing and MMA are growing around the world and more fans are looking to bet on fights on a regular basis. BetOnline, one of the best online sportsbooks in the US, is offering some incredible odds on major fights taking place this weekend.

The UFC main event between Vicente Luque and Belal Muhammad is expected to be a good one. Luque (-171) is a dangerous finisher with elite striking and submission skills. Muhammad (+153) is a grinder, looking to drag his opponents into deep water.

Over in boxing, many are looking forward to the bout between Conor Benn and Chris Van Heerden. Benn (-2000) is a very dangerous knockout artist coming off a win over Chris Algieri. Van Heerden (+1000) has a huge amount of experience and is capable of out-pointing Benn with the right game plan.

These are just a few of the exciting fights taking place this weekend. Bellator is also set to hold one of its biggest events thus far in 2022. Make sure to head over to BetOnline to check out a full list of odds for all of these exciting matchups!

Would you be interested in seeing Sterling vs. Aldo? How do you think this fight would play out? Let us know in the comments section below!

The post Sterling vs. Aldo May be the Next Title Fight at 135 Pounds appeared first on GamblingSites.ORG.