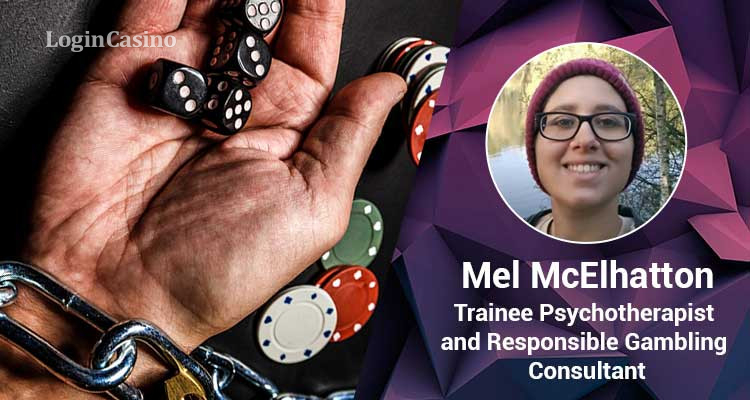 Mel McElhatton, Trainee Psychotherapist and Responsible Gambling Consultant, has explained gambling addiction from the psychological standpoint and named types of games, which are the riskiest.

What are the first signs of gambling disorder?

There are various signs, which indicate that someone is developing a gambling disorder. However, the first signs, which one can notice are: gambling more often and with higher amounts; not having enough money to pay for necessities such as rent, food, or to pay bills; and gambling in places and in times, which would be considered inappropriate, such as during working hours, missing out on meeting friends to gamble instead, or gambling during the late hours of the night.

What chemical processes in the brain are triggered when an individual gambles? Which neurotransmitter is the most associated with gambling?

Dopamine is a hormone that your central nervous system uses to communicate from one nerve cell to another. It is also known as a neurotransmitter because of this role. Further, your brain is the most important organ in the central nervous system. So we can say that dopamine is one of the chemicals, which sends messages from one cell to another in the central nervous system, which includes the brain. Dopamine is also known as the neurotransmitter which causes pleasure. When you enjoy something, it’s because there is the release of dopamine. However, when dopamine is released frequently due to a particular activity, the brain begins to become desensitised, meaning that it needs more and more of that activity for the same amount of dopamine to be released – in other words, this may start to develop into an addiction.

What types of gambling activity most frequently become the reason for gambling addiction?

A person can become addicted to any type of game, however, games, which require a low level of skill, and which give a “result” in a short period of time, such as slots, are considered to be risky. This is because even when losing, you are not given time to process this loss as the next bet is immediately possible.