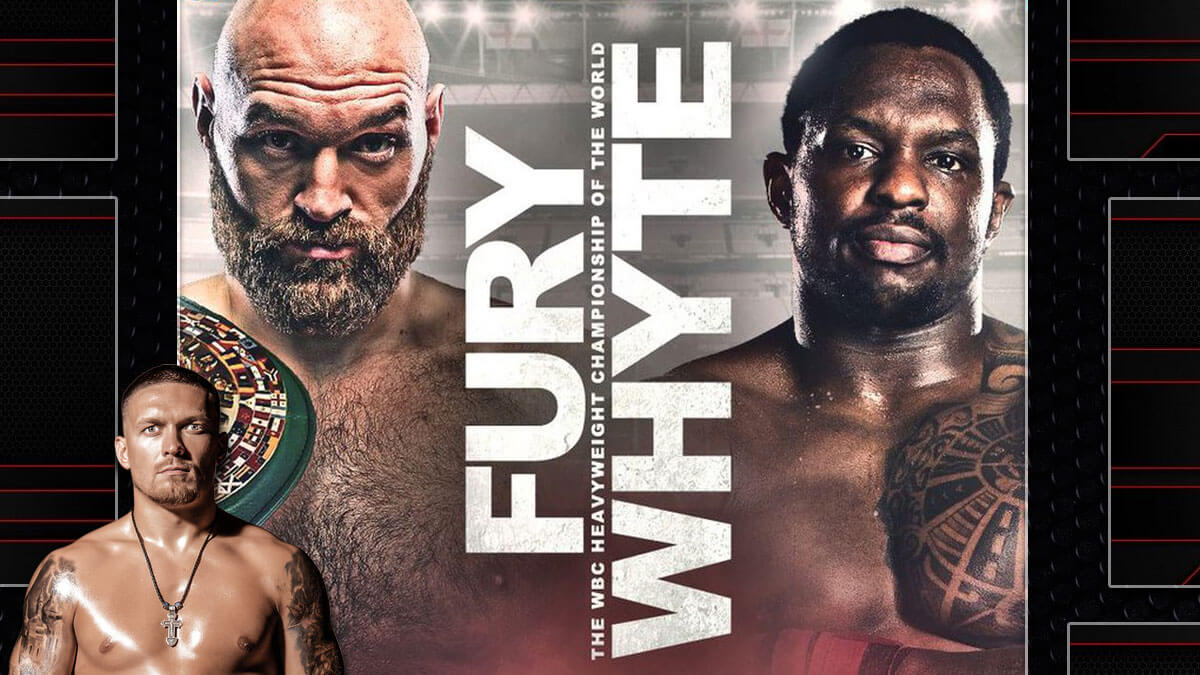 Two of the world’s best heavyweight boxers are set to compete this weekend! Tyson Fury is aiming to maintain his status as one of boxing’s pound-for-pound kings with a win over fellow UK slugger, Dillian Whyte. New reports claim that Oleksandr Uysk plans to attend this fight and is hoping to learn from the Fury vs. Joshua matchup.

Usyk has a massive upcoming fight of his own against Anthony Joshua later this year. Today, we’ll talk about the odds for both of these massive heavyweight bouts.

Here’s what you need to know.

Heavyweight boxing has always carried a certain type of allure. It’s this weight class that has produced some of the most legendary boxers in history including Muhammad Ali, Mike Tyson, and George Foreman. Many now feel that this weight class is more loaded with talent than ever before in history.

Tyson Fury is considered by most to be the best heavyweight boxer alive right now. He is undefeated at 31-0-1 and has wins over elite competitors including Deontay Wilder, Wladimir Klitschko, and Derek Chisora. On April 23, Fury will be looking to defend his world titles against Dillian Whyte.

New reports have just surfaced that fellow heavyweight champion Oleksandr Uysk plans to watch the Fury vs. Whyte matchup. It seems the Ukrainian superstar is hoping to learn a little more about both fighters. Usyk’s promoter, Alexander Krassyuk, spoke about this situation to the media this week.

“Definitely yes [we will be watching the fight],” Krassyuk said. “Egis Klimas [Usyk’s manager] and myself plan to attend the event and watch it from ringside. At Usyk’s training camp, he will watch and study the fight on TV.”

It’s not much of a surprise to hear that Usyk is interested in how the Fury vs. Whyte fight might play out. Before he can face off with either man, however, he will need to get past an old rival, Anthony Joshua.

Breaking Down the Latest Odds on Usyk vs. Joshua

Back in September of 2021, Oleksandr Usyk stepped into the ring against Anthony Joshua. At that time, nearly all online sports betting sites listed Usyk as the massive betting underdog leading into fight night. He shocked the world by pushing the pace on Anthony from start to finish before being awarded the winner via decision.

It didn’t take long for Anthony Joshua to call for an immediate rematch. That is certainly a risky move, though. Another win for Oleksandr Usyk would prove to be devastating for Joshua’s career and could spell the end of his time as a champion.

It seems the oddsmakers feel Usyk will earn the win again. He is coming into this rematch as the -240 favorite. Oleksandr is perhaps the fastest heavyweight boxer alive right now and has fantastic technical skills at every moment of a fight.

Anthony Joshua was once considered the best heavyweight on the planet. Interestingly, he is coming into this matchup as the +190 underdog. Joshua is the much bigger man and should attempt to use his size and strength to bully Usyk around the ring.

The heavyweight division continues to get more exciting every single year. Fans around the world will be treated to several massive heavyweight bouts over the next few months, including this weekend’s Fury vs. Joshua matchup.

Stay tuned for more betting information on these huge fights as they draw closer!

Other Boxing Odds to Check Out This Weekend: April 22 – 24

One of the most exciting ones takes place between Paul Butler and John Riel Casimero. Butler (+1000) is a tough young prospect out of the UK. Casimero (-2000) is a bantamweight champion and has some of the biggest power in the weight class.

Another member of the Fury family is set to compete this weekend, too. Tommy Fury (-1500) is set to step into the boxing ring against Daniel Bocianski (+800) this weekend. Fury is still angling for a fight against Jake Paul and may get that shot with a victory here.

BetOnline is providing its members with a huge variety of incredible boxing odds right now. There are some fantastic opportunities for members here to cash in on these fights. Check this site out today to see the odds on other sports, too.

Are you excited to see the Fury vs. Whyte matchup? How do you see the Usyk vs. Joshua fight playing out? Let us know in the comments section below.

The post Oleksandr Usyk Aims to Learn From Fury vs. Whyte Matchup appeared first on GamblingSites.ORG.