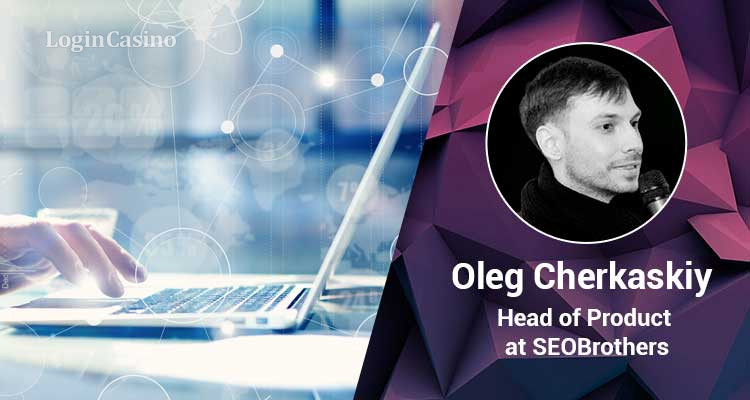 Oleg Cherkaskiy, the Head of Product at SEOBrothers, discussed the latest updates in the digital market, the particularities of SEO marketing for different gambling sectors, and much more.

Find the hottest gambling news on the Login Casino site to stay tuned for updates.

At the start of 2020, Google announced a full ban of third-party cookies in Chrome until 2022. How has it changed the marketing industry? And at what stage is SEO marketing right now?

SEO marketing hasn’t changed at all, and the reason for that is a complete failure of Google plans. The announcements related to cookies and new policies sunk into oblivion. A big number of Google platforms demonstrated the discontent of the main office decision. The majority of the platforms declared that the absence of cookies option means unacceptable working conditions.

And the current stage can be described as “no one wants to adjust”. Google cannot afford to lose ground, especially when Apple has been launching its alternative to Google search. And the main particularity of the Apple search is full confidentiality for the users.

This is a fight between the leading corporative giants of the global digital industry. So that announcement from Google was left at the very first stage, and it wasn’t developed to the stage of the realization at all.

In your opinion, is there any option to create an alternative, which will satisfy all parties?

Google company was trying to provide a new way of using users’ data with an imaginary updated security system. But after other leading companies started to obstruct this decision and to prove its impossibility of implementation, the industry understood that Google’s new system doesn’t differ from the previous one at all.

It also shouldn’t be forgotten that Google was trying to monopolize the global market with this decision. And other giants of the industry didn’t welcome it.

Gambling isn’t still fully accepted by society as a safe type of entertainment. How should the gambling promotion look like, so public trust won’t be lost?

The European markets are guided by a clear legislation system, and these limits make gambling look just like another type of entertainment, not like something dangerous.

However, different governments and their MPs who launch advertisement laws know absolutely nothing about the marketing and targeting systems. As proof of that was the situation when Mark Zuckerberg was trying to explain to the government how the targeting advertisement work. And the senators weren’t just shocked, they didn’t even know what targeting is.