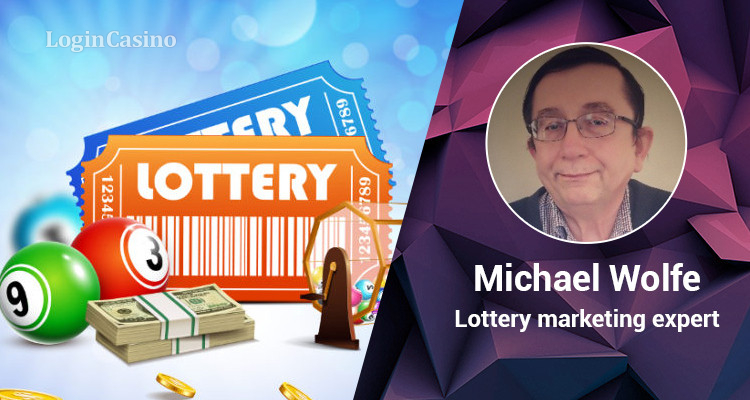 Michael Wolfe is an analytics person who constructs mathematical models that measure marketing and advertising effectiveness in lotteries. Michael’s biggest client is the state lottery, for which he has contributed about 500 million dollars in revenue. The LoginCasino team reached out to Michael Wolfe, and he shared the latest trends in the lottery industry on the example of the US market.

What was the impact of COVID on the lotteries, and how did this sector manage to adjust to a new reality?

The past year was rather tough, so here in the US and many places worldwide, people faced lockdowns as a reaction to the COVID pandemic. The start of those new measures adversely affected lotteries. However, when the states opened their economies and returned to a quite normal life, lottery sales accelerated. The main reason was a partial reopening: many other entertainments like cinemas and casinos were closed to hosting clients, so people just bought more lottery tickets.

How did the lotteries change in the US during the last decades? What were the most impactful elements in this regard?

The primary element that changed in the past years is how lottery tickets are sold. Traditionally, they are sold in retail stores like supermarkets, small convenience stores, or gas stations. However, selling tickets via the internet is widely welcomed and grew significantly in the past years.

Interestingly, this digitization trend also brought the popularity of instant lotteries, which earlier were called scratch-cards. While traditional lotteries with a draw on TV or radio bring bigger jackpots, those who buy instant lotteries win more often, which causes greater participation and so more clients.

What are the major problems of the US lottery system?

The major drawback relates to the management of the lotteries across the majority of the US states. The governmentally-owned lotteries are not always managed well, but only a few states redirected management to private enterprises. I think that is the problem: by delegating the managing power to private companies, the states still benefit from the lotteries, while the latter become more effective and profitable.

What is more, politicians can harm the process on diverse stages. For instance, when I was doing work for the state of Georgia, it decided to resolve budget problems by imposing higher commission payments, which is a totally wrong approach. As for me, the influence of governors and politicians often is a bigger obstacle than finding a unique marketing solution. Interestingly, the latter aspect is also treated wrong by officials, who think that marketing and advertising are a waste of money.