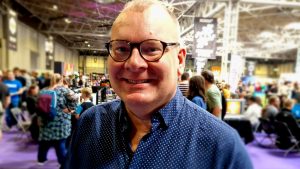 Merkur UK has extended its safer gambling programme to support an academic research programme which will seek to understand dominant trends in the relationship between gaming and gambling.

The research will consider the differences between Web2 and Web3 gambling, an analysis of the specific Web3 gambling features, platforms, activities and experiences, considerations of the different types of customers, the customer awareness, and how this might influence behaviour and a contrast between the context of gaming and gambling with other Web3 activities and platforms Merkur UK is playing an important role in supporting this research to help society understand the relationship between gaming, gambling its transition to Web3 and its implications on mental health. The work is being led by ESG Gaming, the not-for-profit Corporate Community Interest Company founded by Lee Willows, with the research findings being presented at a Parliamentary Symposium in Q2 2023.

Explaining the importance and topicality of the initiative Lee Willows said: “Video games are one of the most popular recreational activities for adults and young people.

“Esports – defined as competitive spectator-driven video gaming played by professional gamers – now has upwards of 470 million spectators worldwide who are able to gamble on the outcome of an event in a way that’s similar to sports betting”.

“As a consequence, the risk is that younger people are being drawn to gamble. In 2020, 17 percent of esports gamblers were aged 18-24 with the majority classed as ‘first time gamblers’.

“This situation is compounded by the fact that those who choose to gamble do not perceive themselves as being traditional gamblers. Some good research does exist around this, but we’d like to contribute by taking it a step forward, by also considering how Web3 might change behaviour, which will allow organisations such as ESG Gaming to reimagine prevention and support.

“We have established an independent governance structure, for the initiative and the support from Merkur UK will enable ESG Gaming to undertake timely and purposeful research which will then be used to co-develop digital content with partners aimed directly at casual players to reduce harms. “Merkur UK through its impactful 360 Program has set a high standard in terms of the implementation of safer gambling for the land-based AGC sector and we see this as a natural evolution of that work.”

Sascha Blodau general manager for Merkur UK believes in the importance of taking a broad approach to safer gambling. He stated: “Most industry observers will view safer gambling through the prism of online, licensed betting offices, casinos, or high street gaming entertainment centres. However, there is a significant demographic of players who are at risk but who do not even recognise themselves as gamblers.

“Supporting ESG Gaming to undertake this pioneering research with their academic partner will form the bedrock of an authentic outreach digital programme to engage with players and high-risk spectators alike.

“It will also enable us to reimagine safer gambling initiatives as the world moves to Web3. It promises to be an important and illuminating piece of work, conducted by experts and we are delighted to support it.”