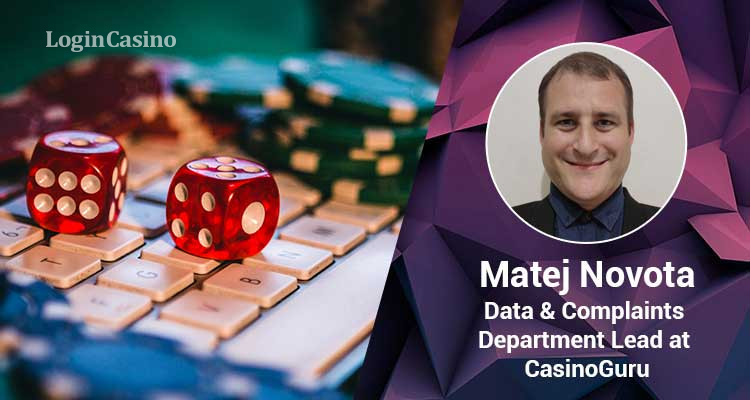 Matej Novota, Data & Complaints Department Lead at CasinoGuru, discussed the prospect of the German gambling market and the increase in European customers’ complaints.

Read the hottest gambling news and interviews on the Login Casino website.

Online gambling has definitely developed during the pandemic year. Have the players’ complaints changed during this time? What problems have people faced?

The issues players encounter remained pretty much the same, but we did record an increase in the number of complaints. Pretty understandable, as the number of people gambling online has increased a lot since the beginning of the pandemic, especially during the time when many governments enforced lockdowns and land-based casinos were closed.

Many of the new players were not familiar with how online gambling works, so that might have accounted for a part of the increase in complaints as well, because some of them may be more likely to run into issues than experienced players.

After the new law was implemented in Germany, the taxes became higher for online casinos. Will this influence casino customers?

Of course. It’s not a standard to calculate the tax based on all wagered bets, especially when the tax is higher than the house edge of most casino games. As a result, casinos applying for a German license are forced to lower the RTP of available games to be profitable. This will negatively affect the players, as they will statistically lose a higher percentage of each bet.

Have the changes in Germany already showed results, which say Germany becomes the greatest gambling market?

The German market is one of the biggest European gambling markets, but I don’t believe it is the best one. It has a very big potential, but the current legislation and taxes are far from good.

All casinos that want to have a German license practically need to sacrifice high roller players, as well as those who prefer table games like roulette or blackjack over slot machines, as those are not available – at least for now.

Also, because of the high taxes, they have to offer games with an inferior mathematical setup compared to offshore casinos. When you add to this a longer spin time, lack of auto-play functionality, and a €1 max bet limit, gambling at casinos with a German license will be being boring for players. As a result, I assume that more than 50% of players will end up playing at foreign casinos without a German license.

What should operators concentrate on to attract as many customers as possible?