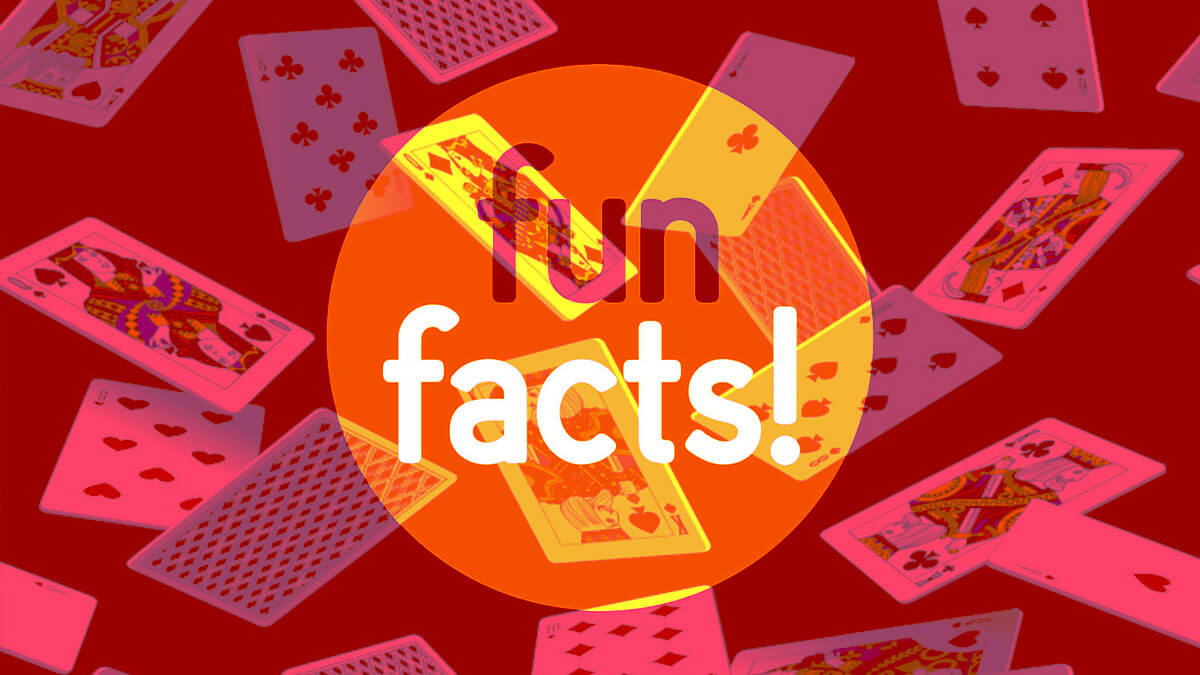 Playing cards are really quite remarkable. They come in an almost infinite combination of compositions and feature everything from bible characters to nude women.

If you can imagine a topic, I’ll wager that someone has put it on a deck of cards. Playing cards do much more than help marketing teams spend their budget.

Playing cards bring people together. People from varying backgrounds of life can set aside their differences and join in the fun and social games.

Sometimes the card games happen in lush casinos where no expense has been spared. On the other hand, you may find a deck of cards helping troops ease their minds in a faraway war zone.

Playing cards are more important to us than we often consider. So, here are some fun playing card facts to impress your friends with during your next game night or drive to the casino.

A Brief History of the Playing Card 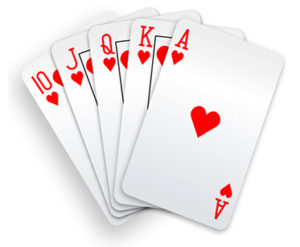 Playing cards date back over a millennia to the 900s. However, the modern playing card began to take shape around 700 years ago in Europe.

The first iteration of the modern playing card was hand-crafted works of art reserved only for the elite and ultra-wealthy. That’s a far cry from today, where you can grab a pack of cards at your local corner store for a couple of bucks in loose change.

Right around the time Columbus set sail for the New World, mass production had started to take hold. In fact, it’s entirely possible that the sailors of the Nina, the Pinta, and the Santa Maria used playing cards to pass the time.

Since that time, the mass production of playing cards has skyrocketed, and you can find versions from the opulent to the bland.

Humans are funny creatures. We look for patterns and meaning in anything and everything, regardless of whether there’s anything there or not.

The suits found in a deck of cards are another area where people will debate what each of the four suits is meant to represent.

Let’s examine some of the popular beliefs on the representation of the suits, and you tell me if anything sticks.

Still, others equate the four suits to the four seasons of spring, summer, fall, and winter. My favorite happens to be the notion that the suits represent the four elements of water, fire, earth, and air.

You’ll have to choose for yourself what to believe. If pressed, I’d say they have no meaning whatsoever, but the speculation is fun.

Playing cards are cheap and don’t take up much space, two factors adored by the U.S. military. They also serve as a beautiful and inexpensive form of entertainment for troops during their limited downtime.

In WWII, playing cards with hidden maps were sent to the POW camps. The POWs could use the maps to make their way to safety upon escaping the camps.

More recently, decks of cards were sent to our troops in Iraq with the most wanted officials from Hussein’s regime.

Most importantly, these playing cards are utilized by countless service members during times of conflict to feel a bit of normalcy. Often in distant lands and under conditions where things are anything but ordinary.

Cards Have a Miniscule Lifespan in the Casino 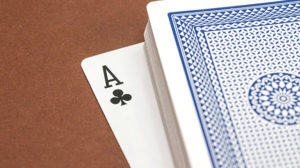 Casinos change playing cards faster than my toddler changes her mind on what she wants to eat. The large casinos are constantly swapping out decks of cards.

Most casinos will swap out cards whenever a new dealer hits a table, but the cards could be swapped out as often as every hour during busy times.

Casinos get card decks for such insanely low prices that it doesn’t affect the bottom dollar too much. This is done to guard against any of the cards getting any slight blemishes that the players could pick up.

Phil Ivey was involved in a substantial lawsuit over winnings from playing baccarat in a game where there were distinguishing marks on cards throughout the deck. The casino refused to pay on the $15.000,000 loss, and Ivey sued but lost that bid as well.

I have to assume that had Phil not been too greedy and settled for, say, $5 million, he would’ve had an outstanding payday.

The Real-Life Characters Behind the Cards

Believe it or not, the kings, queens, and jacks of the playing card deck actually represent real-life historical figures. Well, most of them do anyway.

Athena, the goddess of war from Greek mythology, is represented by the queen of spades. While the jack of clubs is Sir Lancelot.

There’s no strategic importance to their representation in gameplay. Still, you’ll be able to annoy your friends with that fun and interesting fact.

How Cards Play Into the Calendar

There are a lot of similarities to be found between decks of cards and the calendar. Again, I’m a skeptic that takes any such information with a grain of salt.

Still, it’s interesting to look at the way cards influence our imaginations.

It’s hard to dispute that playing cards have a ton of exciting aspects relating to the calendar. 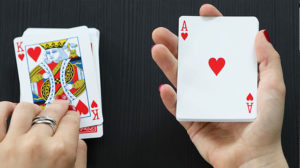 Playing cards play a crucial role in modern culture. Merely from an entertainment standpoint, cards are one of the most famous icons of our time.

I mean, on any camping trip or guys poker night, cards are center stage as we sit around making inappropriate jokes and drink beer. Contrast that with the octogenarians playing bridge and having tea, just like they’ve done every Tuesday since before we were born.

Playing cards are also vital because of the role they play in casino gambling. Casinos wouldn’t be nearly as excellent without card games like poker, baccarat, blackjack, casino war, or the dozens of poker derivative games to enjoy.

Well, maybe we could do without casino war, but the rest stay.

Give a group of kids a pack of cards, and they can entertain themselves for at least an hour. I’m a relatively new dad, but that seems like a good deal for the $4 investment.

What about our great magicians? Would any one of the fabulous magic acts have ever gotten off the ground floor if it weren’t for a starry-eyed kid performing a card trick for their parents and friends?

I don’t think so. Like many things that came along well before the birth of America, we have made playing cards our own and made them a huge part of who we are.

The 52 Card Deck Didn’t Come About on a Lark

Playing card decks have come in many shapes and sizes, right down to the number of cards in a standard deck.

We finally settled on the 52 card deck, but the reasons for that still remain unclear. Before the 52 card deck was issued worldwide, decks consisting of as few as 24 up to 48 served as the dominant deck size at one point.

Every Aspect of Cards Have a Purpose

There’s not a single aspect of a deck of cards that appears to have come about randomly. The symbolism isn’t lost on me, even though I write most of the coincidence off as such.

The two colors of the deck may represent night and day. The colors could also mean good and evil or right and wrong.

Again, this is up for debate among you and your friends.

In many cultures, the ace of spades has come to represent death. That has been exploited in times of war when American troops would drop the cards on the ground to instill fear in the enemy.

Everywhere you look when researching playing cards will lead you down another rabbit hole, with one being as fascinating as the next.

These fun playing card facts to impress your friends will keep you entertained for road trips or at least provide food for thought. I tried sharing my fun facts with my toddler, and her thoughts were unimpressed.

However, I think that when she’s older, and we begin playing more involved card games, she’ll be amazed at what a brilliant father she’s had all these years.