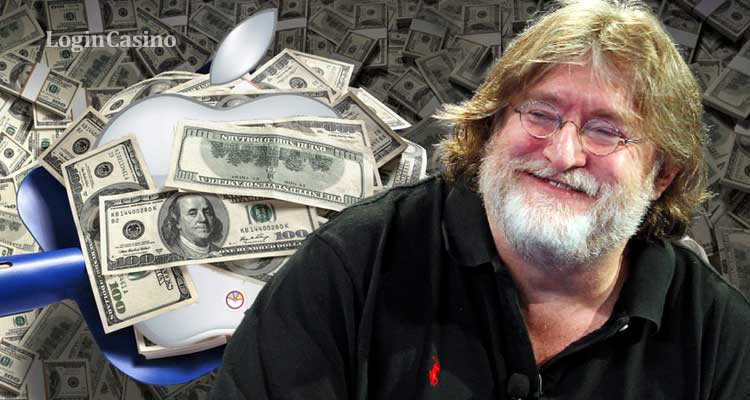 The long-lasting lawsuit of Epic Games against Apple made the latter to initiate another subpoena for Valve. The LoginCasino team follows the shakiest esports news, explaining the essence of the regarded corporate wars in simple words.

The inrush popularity of the Fortnite video game produced by Epic Games forced the developer to create a mobile version of the game. While the game received vast recognition on both Google’s Play Market and Apple’s App Store, Epic’s founder Tim Sweeney appealed to the huge mark-ups that game-spreading platforms take. The CEO of Epic Games said that the 30% rate, which Google and Apple take from all the financial transactions, is too huge and should be reduced to 8%.

While the regarded discussion was gaining momentum, Epic Games developed its own PC-games online store, which was called to rival Valve’s analog – Steam. The Epic Games Store was launched at the end of 2018 and set a “fairer” margin, which was only 12% for the new platform.

However, the competition with mobile giants cannot be made in the same way as both Apple and Google have designed rather difficult systems to be overcome by outside developers. In other words, it makes no sense to create a rival platform for mobile games spreading as Google and Apple can easily ruin it.

It led to interesting tactics from the side of Epic Games. As Fortnite has in-game currency, the developers suggested buying it outside the App Store and Play Market, organizing the process on their website, and making it cheaper by 20% with further in-game synchronization. However, both mobile giants deleted Fortnite from their stores, and Epic Games went to court at the end of summer 2020. Sweeney accused both of monopoly-like behavior.

What were the latest changes?

In order to protect the dominance, Apple asked if Valve reduced their margins (arguably not) after the Epic Games Store was introduced. The idea lies in the fact that another distribution platform’s appearance doesn’t usually lead to mark-up reduction. However, Valve reduced the appeal as it means a disclosure of private information, so Apple went to court with their idea to come true.

The latest online court session ended with the decision to show some of the information to Apple. However, the judge took into account Valve’s arguments that PC gaming platforms are of different nature to compare them with mobile ones, so Apple wouldn’t receive all the data they asked for.

The LoginCasino team will continue following this lawsuit among the huge corporates to find out which of them will win.

Read more: What are the revenues in cybersports? Top esports teams’ earnings