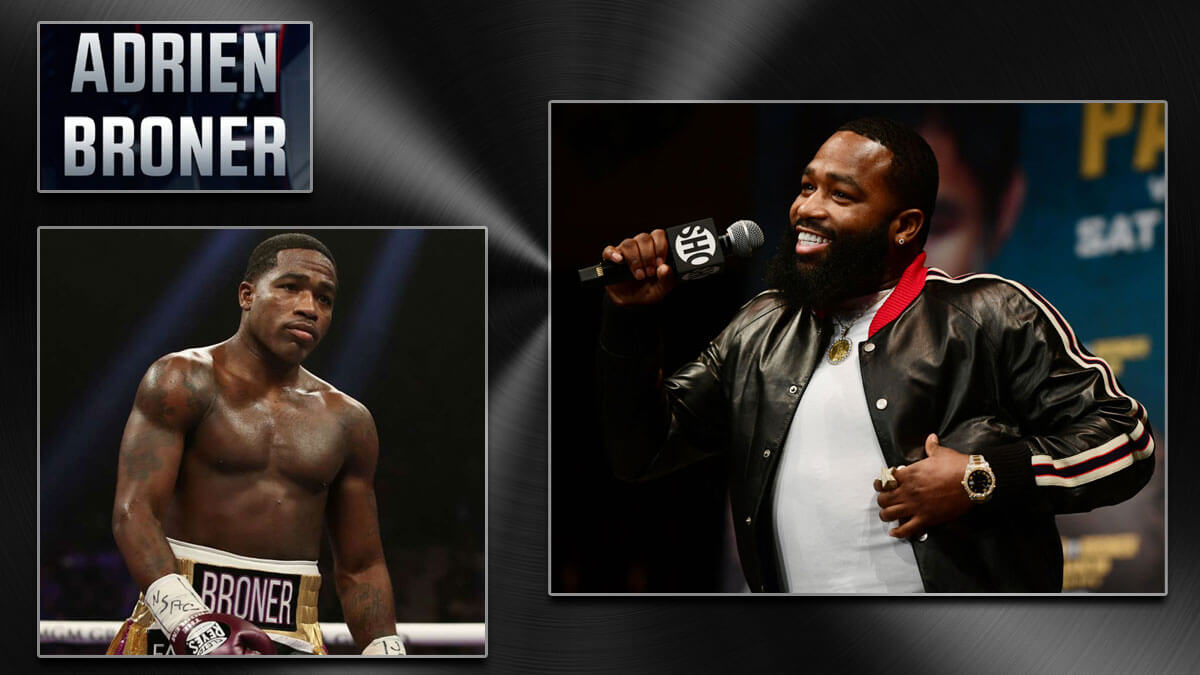 One of boxing’s most controversial fighters may soon be stepping back into the ring. Executives at Showtime claim that Adrien Broner’s comeback fight is likely to take place later this year. Fans around the world remain curious to see if he can still compete at a high level.

Adrien has always been a talented fighter. His issues outside of the ring have kept him from reaching the same level of stardom as some of his fellow welterweight boxers.

Here’s what we know about his possible return fight.

Back in the early 2010s, Adrien Broner was seen by many boxing analysts as one of the brightest young prospects in the sport. He racked up a 27-0 record and held titles in both the lightweight and welterweight divisions. During his run in the sport, Adrien earned victories over elite opponents including Paulie Malignaggi, Carlos Molina, and Gavin Rees.

In more recent years, Broner has been dealing with a variety of issues outside of the ring. He has been arrested on numerous occasions, most recently receiving jail time for a parole violation. He is now out and all signs point to him competing again in the relatively near future.

Stephen Espinoza, President of Showtime Sports, recently spoke to the media about Adrien Broner’s comeback fight. He talked about some of the recent issues that the former champion has faced. He also gave fans reasons to be optimistic, claiming Broner is back training for an upcoming bout.

“Adrien’s in camp,” Espinoza said. “He’s gone away, he’s in Colorado for camp, demonstrating how serious he is. We’re working on opponents and dates for him. He’s clearly committed to it. I think he’s still got gas in the tank. I think there are interesting match-ups. Whether you love him or you hate him, you know, he’s still a draw.”

There are plenty of very exciting opponents that Adrien Broner could compete against in the ring. Below is a look at some of the most likely opponents for Adrien to face off against in his return.

There was a time when it appeared that Adrien Broner’s time in the sport of boxing had come to an end. He went 0-2-1 from 2017 to 2019 and was involved in numerous controversies outside the ring. Broner last competed in February of 2021 and earned a unanimous decision win over Jovanie Santiago.

Stephen Espinoza claims that Adrien Broner’s comeback fight is likely to take place this year. Fans are now looking at who he might face off against. Several fun welterweight matchups are already being discussed.

If Broner wants to truly test himself right away, a fight against Keith Thurman would certainly be interesting. Keith made his return to the ring back in February with a decision win over Mario Barrios. He is a very slick boxer and proved he is still elite with that most recent victory.

A fight against another top fighter at 147 in David Avanesyan would certainly be interesting, too. Avanesyan is one of the top-ranked welterweights alive and holds the European welterweight title. Most online boxing betting sites would likely list Broner as a massive underdog if this fight was announced.

It seems more likely that a matchup against a lower-ranked welterweight will be announced for Adrien. He has not fought in over a year and will need to prove to fans he can still beat elite opponents. Stay tuned for updates on his return bout over the next few months!

Breaking Down the Odds on Benn vs. Van Heerden

For more than a decade, boxing’s welterweight division has been the most exciting in the sport. It’s here that a huge number of elite opponents are based. That includes the biggest names in the sport like Manny Pacquiao, Terence Crawford, and Errol Spence Jr.

This Saturday, elite welterweight Conor Benn will be returning to fight the tough veteran, Chris Van Heerden. This is a huge fight for the division. Most fans are expecting a battle, with the winner going on to fight for a major world title later this year.

BetOnline, one of the best online sportsbooks, is already offering odds on this fun fight. Conor Benn is coming in as the -1800 favorite. Chris Van Heerden is entering this fight as the +900 underdog.

Benn appears to be one of the best prospects in the welterweight division after his knockout win over Chris Algieri last year. Chris Van Heerden is a very experienced opponent and former IBO champion. It’s not a shock to see him coming into this bout as such a large underdog, though.

Stay tuned for an in-depth betting preview for this bout in the next couple of days.

Are you excited to hear about Adrien Broner’s comeback fight? Who would you like to see him competing against? Let us know in the comments section below.