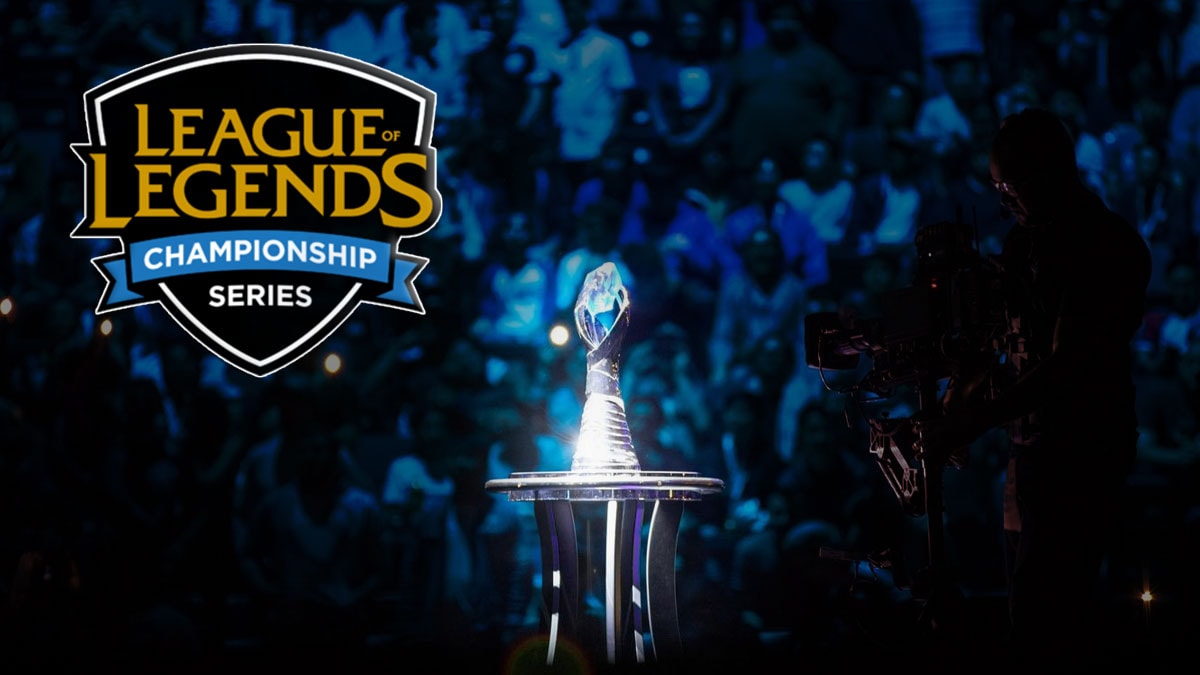 Another spring, another set of League of Legends Spring Split Playoffs. Some are just about to start, some are already in full flow, and some are almost all wrapped up. As the title suggests, we’re here to explore the North American franchise.

More precisely, we’re here for the 2022 LCS Spring Split playoffs betting expedition, so let’s set off without any further ado!

Where to Start Betting on 2022 LCS Spring Split Playoff?

If you’re eager to start betting on LCS playoffs, then you’ll be happy to know your options are pretty much limitless. There’s a
ton of online betting platforms featuring lots of

The following sections ought to bring you right up to speed:

Cloud9 finished the regular season with 13 wins and 5 losses
. That’s the exact same record they had on last year’s Spring Split too, though they finished first with that score last time out. At the end of the season, though, their score was 28-17, which shows they failed to keep their form up after all.

A similar thing happened this season too. You see,
Cloud9 looked like the best team on LCS for the biggest part of the regular season.
However, after they got trashed by both 100T and FlyQuest, people started asking the real question –
could Cloud9 go down without a fight in the first round of the playoffs
?

If it’s something that they’ll carry on to the playoffs, I wouldn’t be surprised if they get relegated to the lower bracket. C9 winning the Spring Split Playoffs
for the second consecutive time
– it would be something, wouldn’t it?

Bjergsen and the boys finished this regular season with 14 wins and 4 losses. It’s a solid improvement over last year’s 12-6, that’s for sure.
Finishing first in the regular season has put a lot of pressure on their shoulders
, though. It will be interesting to see if they can cope with it, and I’m certain the first match will perfectly showcase it.

The best thing about Liquid’s current lineup is the fact pretty much every single player on their roster can play both supporting and hard-carry roles.

These setups are quite rare these days and could develop into Liquid’s biggest and most valuable asset, especially should they justify their position as the favorites here and go on to the Mid-Season Invitational.

Next up, 100 Thieves.
These guys can be very proud of themselves
, not only because they’ve managed to qualify for the playoffs once again, but because they’ve beaten Cloud9 (their opening-round opponents) just two weeks ago.

This ought to give them a
big boost ahead of tomorrow’s clash
, so make sure you keep an eye out for them! Score-wise, 12 wins and 6 losses is their final score, slightly better than last year’s 11 wins and 7 losses.

While
their inconsistency is still an issue at times
, their form seems to be in an upward spiral… and I’m afraid the same can’t be said about Cloud9. If you’re interested in 2022 LCS Spring Split playoff betting lines, pay good attention to C9 vs. 100T. It could be a value-packed encounter, that’s all I’m going to say here.

Evil Geniuses finished with nine wins and nine losses,
barely enough to squeeze into the upper bracket
. As you’ll learn down below, both Golden Guardians and FlyQuest had the same exact score. But, this section is about EG so let’s narrow our focus down!

But,
for a team that has this much talent and raw firepower
,
finishing 9:9 isn’t particularly flattering
. In fact, it can be considered a debacle, to be frank. They’re playing fine LoL, can’t say anything’s bad in that department, but they’re just not getting the results they need.

What about EG’s opening match with Liquid?

Well, a good start would be to finish without getting stomped. That’s right, to help keep their spirits up, EG need to win at least one map against Liquid. Easier said than done, though, especially considering Liquid’s splendid form.

Now let’s say a few words about the bottom-bracket dwellers – Golden Guardians and FlyQuest. Let’s start with GG first –
their regular season performances just weren’t at an admirable level
. They have qualified for the playoffs, which is a big thing in its own right… but if they continue playing like they have been since the start of the season, I doubt we’ll see much of them.

Not going to lie – they had some brilliant matches this regular season. However, what are the odds they will have another night like that against Team Liquid on February 25th? Slim at best, I reckon!

That said, no matter who they end up playing against in the lower bracket opener, Golden Guardians will be eliminated… unless we see them at their Feb 25th level, that is. They might put up a proper fight, but realistically speaking, there’s no way they’ll see the light of the second LB round.

And finally, FlyQuest! Just like Evil Geniuses and Golden Guardians,
FlyQuest has also finished their regular season with nine wins and nine losses
. It’s not too bad, especially considering some of the slumps they’ve had.

But, I just can’t see them doing anything against their lower bracket opponent, no matter who they end up playing against. From what we’ve seen this season,
FlyQuest just aren’t good enough to be put into the same basket as Cloud9 and Team Liquid.

“I have more confidence in pointing out problems and or just being more open in what I need and what I think is good for the team.” –@Josedeodo

Now in his second year in the LCS, the Latin American star has helped lead @FlyQuest to a strong spring split.https://t.co/UnHMB9aQ2b pic.twitter.com/4cq5G4HHyX

Yes, sudden bursts of raw brilliance are there, but consistency (or the lack thereof) is what’s stopping FlyQuest from climbing up the LCS food chain. To make matters worse,
I don’t think they will be able to overcome these issues
… at least not anytime soon and definitely not with the current roster they have. The boys in green will have to make some changes, sooner rather than later!

We aren’t done yet! Now that we’ve gone through the key information regarding all six teams, let’s see what we can expect from the first two matches and is there any value to be found.

Remember, there won’t be any holding back here. Everyone knows what’s on the lines so you can rest assured both matches will be played at full capacity.

Cloud9 players are coming into this match with
heads already halfway through their desired clash with Liquid in the second round.

Can 100 Thieves use this as an advantage and execute a massive scalp on the very first day of the competition?

While it could happen, considering all circumstances, I don’t think it will
. You see, even though 100T’s win over C9 in week 8 was a pretty dominant one, C9’s raw firepower should help them seal this despite recent consistency issues.

That said, it would be best if we don’t go with any fancy options here.
Cloud9 moneyline at -147 seems like the best choice here.
The boys in blue will take good care of
Ssumday
and the boys, that’s for sure!

This here match
isn’t about whether or not Team Liquid can defeat Evil Geniuses
and venture into the second upper bracket round. I am sure we can all agree that Liquid will go through. With that in mind,
this match is all about whether or not EG can get round off Liquid.

Back in regular season, Liquid defeated EG on both occasions.
Week 3 clash ended in under 28 minutes
with overfed Bjergsen running circles around everyone else.
Week 6 clash
saw EG fare better, but it was still no match for Hans sama’s Ezreal and Bwipo’s Lucian.

If Week 6 is anything to go by,
I reckon it’s safe to go with EG +1.5 at +153
. Jojopyun will have to contain Bjergsen, though. If he manages, I wouldn’t be surprised if EG give Liquid a proper scare early on.

Long story short, 2022 LCS Spring Split playoffs betting predictions are numerous, possess plenty of value, but also enough risk to make your head spin. There’s no shortage of hefty odds coming into the first encounters, so pay attention to the details and hope for the best!

May the odds be in your favor!